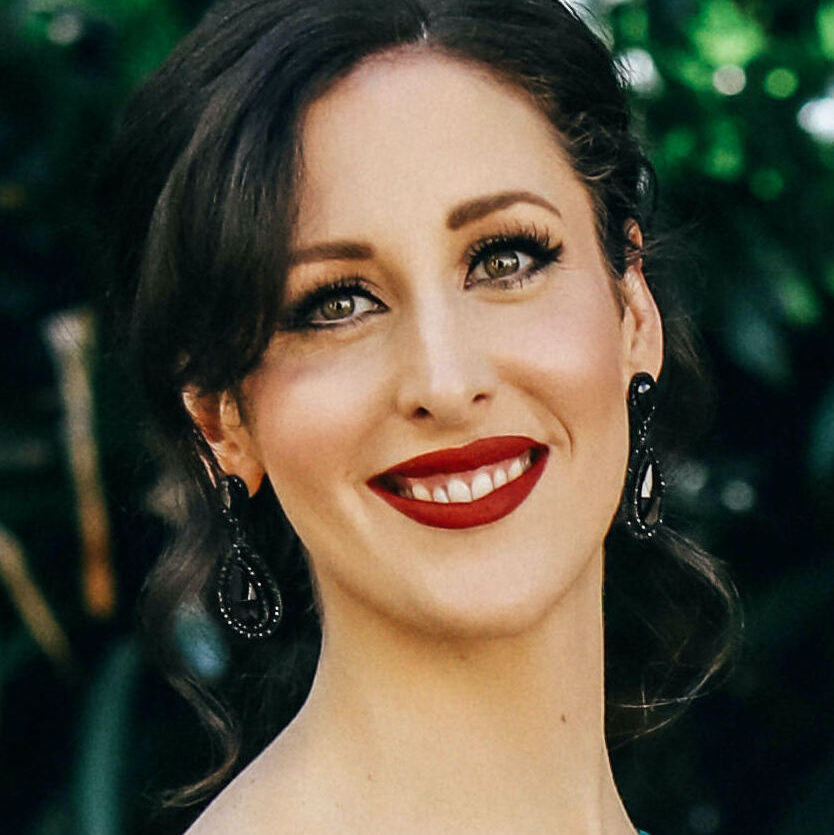 Mezzo-soprano Vivien Conacher hails from Sydney, Australia and has been based in London since 2010. Her professional experience spans work as an opera and concert singer, workshop leader, large-scale event producer and programmer, plus numerous years working in outreach and dementia-specific contexts.

Vivien was the Bloomsbury Festival’s Event Programmer for two years, and is an Event Producer at SongDivision – delivering music-based team-building and interactive experiences for corporate meetings & events. Vivien has extensive experience programming classical music and cultural events, including a recent series of operatic performances at Court Gardens Farm winery in Sussex. Her experience in community outreach work has included Festival in a Box , singing workshops for Arts4Dementia, and performances at community centres and care homes. Vivien launched the first Songhaven Concert in February 2017 with the support of a St Andrew Holborn Charity grant. As a result of her work, she was featured as one of the Activists & Pioneers behind Dementia in a feature for International Women’s Day by the Wellcome Collection’s Created Out of Mind project as well as one of 26 notable Bloomsbury figures for the 26 Leaps literary project. Vivien has also contributed her own article about working with people living with dementia for the School of Advanced Studies Humanities department. Vivien is a Dementia Friend, an active member of the Camden Dementia Action Alliance, and a fellow of the School for Social Entrepreneurs in London. 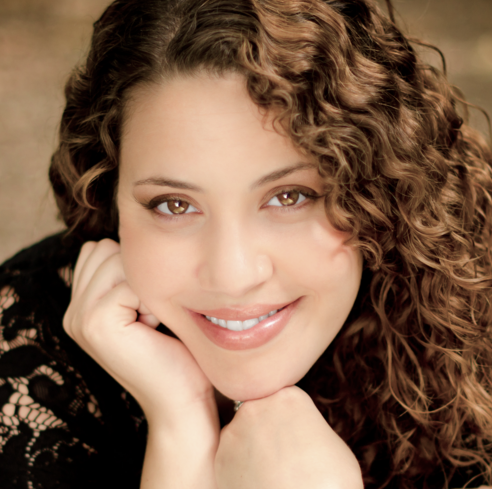 Nazan Fikret (Naz), is an operatic soprano born and based in London. She trained at the Guildhall School of Music and Drama, is a Britten-Pears Scholar, and an International Opera Awards Bursary winner. She is also a former Making Music Young Artist and has been supported by Help Musicians, the Bob Boas Trust, and Talent Unlimited.

Nazan has been a principal soprano for numerous companies including English National Opera, The Royal Opera House, Teatro Real, Aix en Provence, Garsington Opera, Nederlandse Reisopera and La Monnaie. This year she makes her Glyndebourne debut in their large scale community opera, as well as her debut with Scottish Opera, and Opera Pä Skaret in Sweden in her specialist role The Queen of the Night from Mozart’s The Magic Flute. Naz entered the opera profession as an adolescent, singing roles such as Flora in Britten’s The Turn of the Screw across Europe. Indeed 2019 marks 20 years as a professional performer and her experience spans performing, teaching, arts administration, producing, and community outreach work. She is also a regular guest artist at the Songhaven concert series!

Nazan is a passionate advocate of the Arts and has sung in the care sector since she was child. She says “I am delighted to join Songhaven in delivering the Care Concerts series, and I am deeply committed to the ethos of the company to give quality music performances in the community” 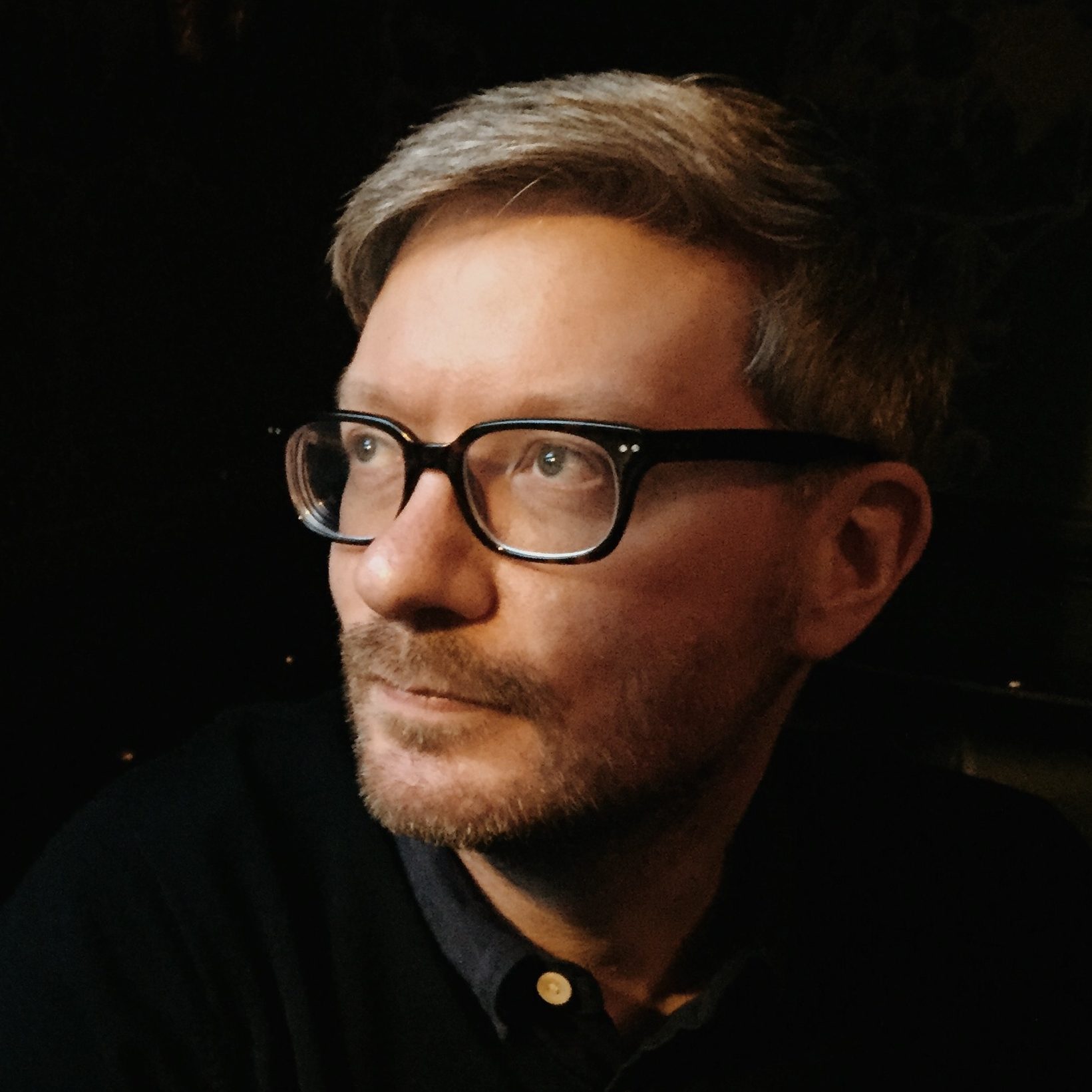 Bobby Williams is a freelance recording engineer, film-maker, and musician. Originally from the Isle of Man, he relocated to “the mainland” to complete a Bachelor degree in Fine Art at the University of Plymouth. Bobby’s innovative video installations and narrative films gained him a first-class honours degree and also led to his first industry job bringing life to the robots on Sky One’s Space Island One television series.Since this time, Bobby has worked in a busy Soho Post-Production house, co-founded an Indie Production Company, exhibited photography and art-films in galleries and festivals, and toured internationally as a guitarist and recording artist.

Bobby has over 20 years of experience making documentaries, promos, art films, and music recordings. He is in demand in both corporate and creative circles for his versatility and keen attention to detail, and we are thrilled to have him as a member of the Songhaven team. Bobby will be filming all our Songhaven concerts, to create an archive of films for people to enjoy in the comfort of their homes. These recordings will feature Bobby’s trademark high-quality, faithful sound, and will be the next-best thing to attending a concert in person!

Rob comes from a background of supporting Client Operations across Europe using technology to drive efficiencies, as well as an analytical mind to challenge process and ways of working.  His current role is working as a technology advisor to some of the internal services provided within PwC, helping them achieve their organisational goals by improving processes as well as selecting, implementing and using technology in the best possible way. Rob says: “I am passionate about helping organisations like Songhaven maximise their potential. I hope to help streamline processes to ensure the services offered can remain as exceptional as they are today.” 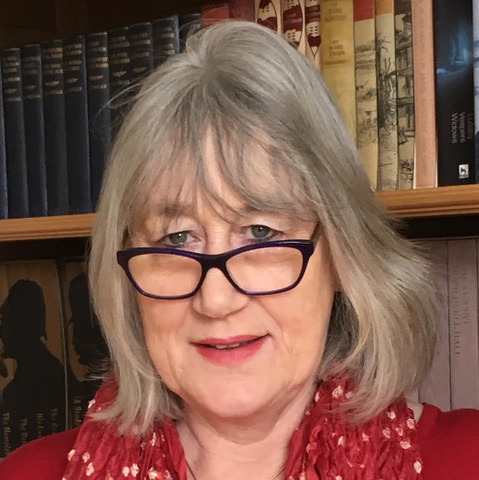 Trudy is an Arts Administrator with over 30 years experience in delivering music projects for a range of organisations.  An important part of her professional life has been managing and supporting musicians and for 12 years she worked as Director of the classical music agency, Owen/White Management. In the subsequent 10 years, Trudy was London Director for the outreach charity Live Music Now, focused on using music as an agent for social change, devising innovative participatory music projects in order to bring the proven benefits of live music to those with least access. These projects focused mostly on older people, including those living with dementia.
Trudy says: “I believe that Songhaven’s mission to bring high quality live music to people living with dementia and their carers has a vital role to play in the lives of all those affected by this illness. I wholeheartedly support Vivien and her colleagues in this venture and I have seen first-hand the meaningful moments and sense of community that this initiative brings concert attendees.” 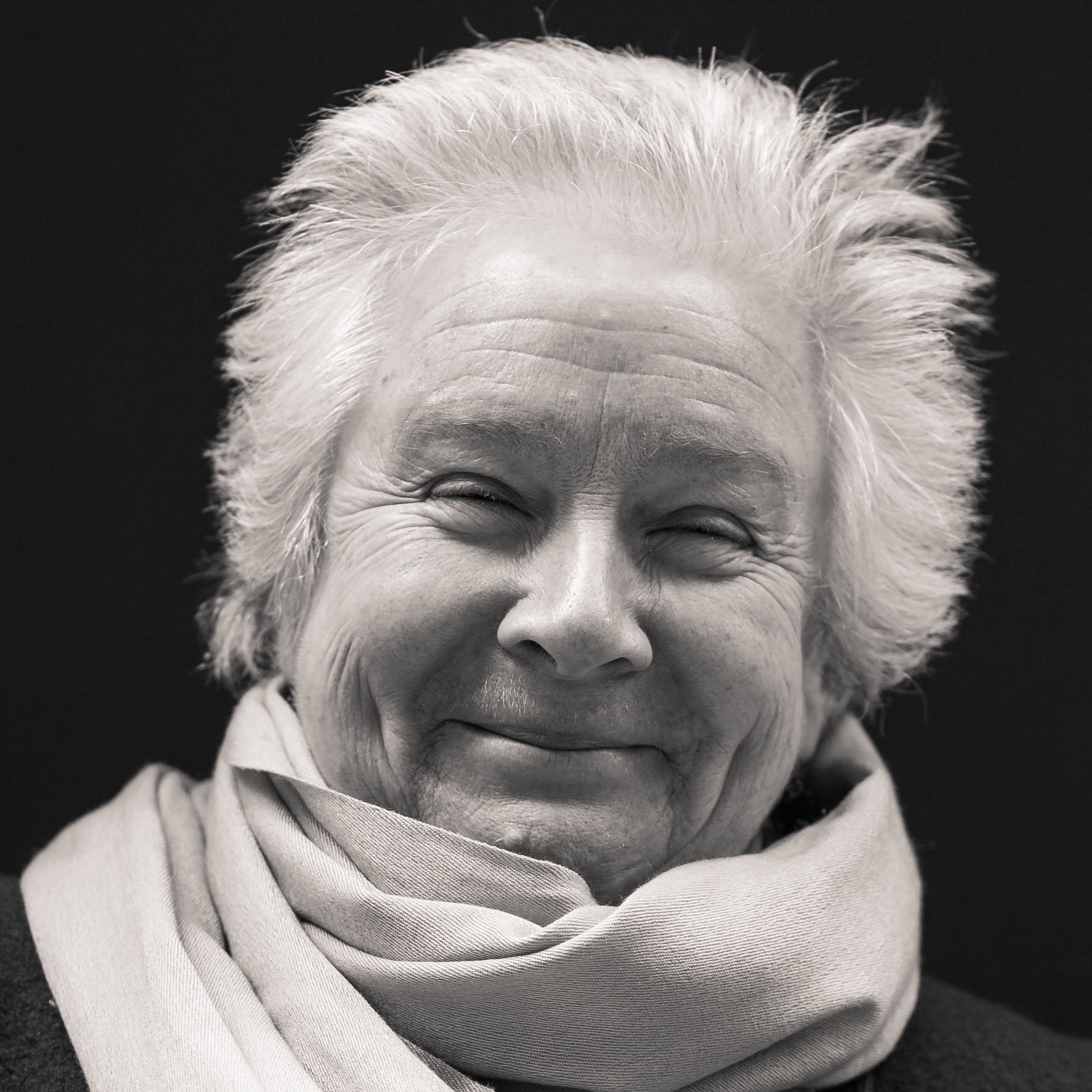 Kate White is an activist, carer, researcher and psychotherapist. After her partner John was diagnosed with Alzheimer’s Disease ten years ago, Kate began to recognise how attachment theory might be applied to increase understanding between people with dementia and their caregivers and provide new ways for them to support, and connect with, each other.

Kate says: “My partner responds to music with his whole body and soul, so it’s wonderful to be in a space where his responses are welcomed and understood as appreciation and expressions of joy. Songhaven leaves us buzzing, feeling part of a community, and not isolated with the exhausting complexity of the impact of Alzheimer’s on us as individuals and as a family.” 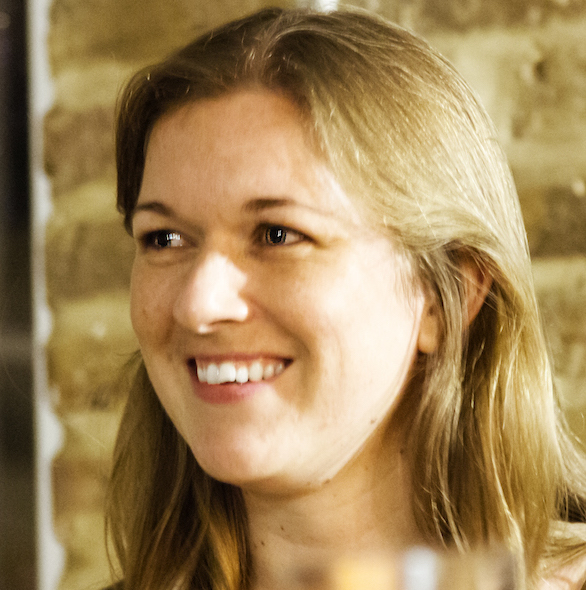 Care & Wellbeing Consultant for Social Enterprises Plan With Care and Dementia Home Consultancy Group, Alise works across a range of projects that seek to improve quality of later life for individuals, their families and professional carers, through genuine collaboration with and empowerment of these groups. Alise is also a musician.

Alise says “Songhaven embodies all of this – an oasis of excellence, creativity and inclusivity – where both professionally and personally I can joyfully witness the very best example of the power of sharing music.” 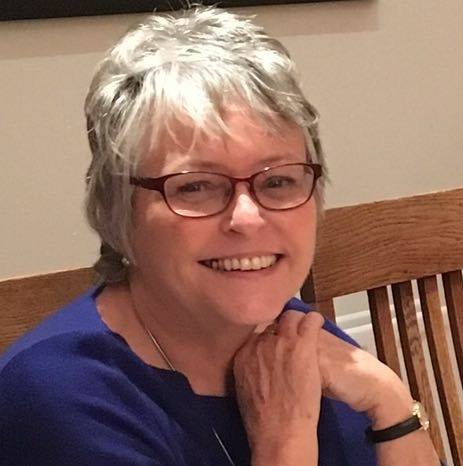 Sue is a social worker with 30 years’ experience in dementia care.  She led a local authority specialist dementia team, which helped develop services, improve practice and change attitudes.  She supported families and managers, trained staff by mentoring and working alongside them, creating a more person centred, less stigmatising approach. She also commissioned services for younger people with dementia. Prior to retirement Sue spent eight years as Head of Residential Services in Camden, responsible for four care homes.  She maintains a keen interest in dementia care through volunteering with various projects and chairs the Strategic Board of Ageing Better in Camden.

Sue says: Songhaven combines the finest quality of music with an inclusive, warm welcome to its audience, enabling participants to thoroughly enjoy a professional concert with good conversation afterwards in a relaxed atmosphere.  I am so pleased to support Vivien – a first class singer and organiser who also understands the demands dementia can bring to a person and those who care about them.

Tracey is the Dementia Wellbeing Lead at Age UK Camden and Co-ordinator of their Dementia Befriending service.The Dementia Wellbeing service offers independence, flexibility and ongoing support to people living with dementia or memory loss. The service also provides support, advice and information for carers, families and friends, as well as to other organisations and professionals. The Dementia Befriending scheme matches trained volunteer befrienders with older people in the area who are living with dementia or memory loss and may be at risk of becoming socially isolated.Tracey has been a key advisor to Songhaven since it started in 2017. Tracey says that the Songhaven concert series “highlights that music is not only enjoyed in its own right, but is also valued as a social activity. The dementia-friendly concerts really bring people together and emphasise the importance of relationship-building and a shared connectedness with others. I have seen first-hand that people living with dementia showed increased interaction and conversation with others at Songhaven, and a general sense of well-being. The monthly concerts also give them something to look forward to that they know they will enjoy.” 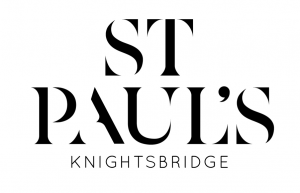 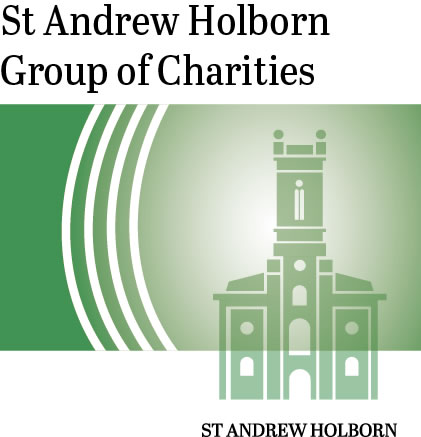 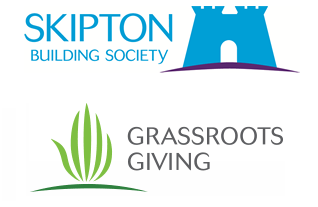